Joe Wright’s “Pan” fails to take off! Instead, it takes a plunging freefall.

Have you ever seen a cake that looked so tasty you wanted to make love to it? Imagine three tiers of white, luscious, spongy goodness beckoning to you. Lovingly handcrafted marzipan petals pressed onto sweet fondant. Buttercream swirls piped onto the sides, spelling out ‘Eat me, you filthy animal’. You oblige. You sink your fork into the perfect layer of icing, and bring the heaping cake-pile to your mouth.

You gag. It’s disgusting. It tastes like everything you hate about life: bills, screaming babies, and Trump running for elections.

“Pan” is that deceitful cake.

The reality is it doesn’t take much to transport a grown-ass adult back to their childhood. All it takes is four simple words: “Once upon a time…”

That’s an epiphany “Pan” failed to have. The kaleidoscopic mess doesn’t only confuse the audience that grew up with the mischievous flying boy – it butchers the poor bastard with unnecessary showmanship. Adding to an already strong, compelling story and causing die-hard fans fall in love all over again is what makes a good retelling. On the other hand, “Pan” is a rushed retelling of the classic: hidden under harsh, distracting layers of special effects. What was supposed to be an insightful origin story turns out to be really badly written fan fiction.

“Pan” proves to be bleak from the start. The terrible nun in charge of Peter’s (Levi Miller) orphanage, Mother Barnabas (Kathy Burke), is discovered to hoard all the rations from the orphans.  No one knows the reason why, though, because the story jumps straight to pirates kidnapping the sleeping orphans. Why? No one knows: because suddenly, the strangely hygienic pirates are singing Nirvana’s ‘Smells Like Teen Spirit’ lead by Blackbeard (Hugh Jackman). Why?! No. One. Knows.

The story jumps from plot point to plot point, barely giving the audience enough time to breathe as new ideas, characters and complications are introduced. Nothing is ever thoroughly explained with brief exposition thrown out to hopefully tide audiences over. The rapid staccato of the plot progression gives rise to a flimsy film riddled with holes.

The comedic timing of the script is the saving grace of “Pan” with a special mention going to Adeel Akhtar for his slapstick portrayal of Smee, making “Pan” slightly more tolerable. Even Hugh Jackman’s singing and Cara Delevingne’s much-appreciated cameo were unable to push Pan to greater heights.

At this point, we’re not even disappointed. We’re genuinely impressed at how they managed to incorporate everyone’s ideas into the script. The scriptwriters didn’t seem too concerned with making the story flow after all. They wanted to see every single childhood fantasy and dream play out on the big screen – serious swashbuckling adventures with a bearded pirate, a cowboy named Hook (AKA the antagonist we all love, except now with both hands accounted for, played by Garrett Hedlund), and a white tribal princess (Rooney Mara) with gorgeous makeup that doesn’t run or smudge even after swimming. (By the way, anyone knows what setting spray she used?)

We so dearly wished that they’d at least explain how Peter Pan could fly but we only got to see him walk the plank before mysteriously levitating then soaring. I guess “he’s a special kid” is all we’re gonna get about his mastery of the skies.

Pan is the collective pool of vomit you find outside Zouk at 5am. Colourful, yes, but oh so messy. Wright is known for his flair for making his movies impossibly beautiful. Unfortunately, he doesn’t manage to exercise the same restraint with special effects and colours like he did with his best works like ‘Atonement’ or ‘Hanna’. Pretty colours and elaborate costumes cannot conceal a slipshod plot. Make-up is pretty but you can’t make-up a story.

Our suggestion is that you take a few shots before watching Pan. At least the pretty colours and your inebriated state will drown out the pain of your childhood being torn to shreds by the sloppy retelling. 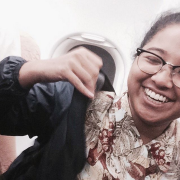 "Pay The Ghost" is a Ghost of a Story

QUIZ: Can You Survive A Hipster Café?