Little Mix‘s fans, the ‘Mixers’, would be happy to hear that Singapore has been picked as 1 of 3 stops in Southeast Asia for their “The Get Weird Tour”! The British girl group will also be making stops in Manila and Kuala Lumpur.

Following their 2013 sophomore album ‘Salute’, which has been described as “diving in a pool of Skittles”, the girls of Little Mix kicked it up a notch and delivered to fans their latest album ‘Get Weird’ on 6 November 2015. The quartet, comprising of Perrie Edwards, Jesy Nelson, Leigh-Anne Pinnock, and Jade Thirlwall, proudly describe ‘Get Weird’ as “a celebration of being unique and not holding back”; a mix of the whimsical, fantastical themes seen in ‘Alice In Wonderland’ and ‘Charlie And The Chocolate Factory’. Despite a stressful 2-year drought from releasing new music, the four ladies feel that it was all worth it, having wanted to produce something that was “perfect” – different from their previous album, and of course, “more interesting and fun”.

As they say, stay true to yourself and nothing can go wrong. ‘Get Weird’ has proven to be the group’s most successful release to date. In just its first week, the album peaked at Number 2 on the UK Albums Chart, and as of January 2016, has a combined sales of 420,000 albums. The album even finished at Number 11 on Official Charts’ Top 40 Biggest Albums of 2015.

Since their big win at The X Factor in 2011, Little Mix has gone on to become one of Britain’s greatest exports, with over 7 million records sold and their albums ‘Salute’ and ‘DNA’ reaching platinum status. The group has even surpassed the iconic Spice Girls’ record of the highest debut US chart position for a UK girl group, a feat accomplished through signature hits such as ‘Move’, ‘Wings’, ‘DNA’, and their latest infectiously catchy comeback single ‘Black Magic’.

A girl group through and through, Little Mix are also strong advocates for women rights and empowerment, taking home the Cosmo Ultimate Woman Award in 2015 for Ultimate Girl Group, and the Band Award at the Glamour Woman of the Year Awards 2014.

What are you looking forward to seeing at Little Mix at ‘The Get Weird Tour’? Here are some of the girls’ greatest live performances that we’re just itching to watch in person. Did we get any from your list?

Little Mix will be tearing up the stage at Singapore’s The Star Performing Arts Centre on 23 May 2016. Get your tickets from SISTIC here! 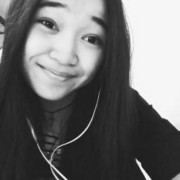